It doesn't matter how many hours you put in..it's what you are able to accomplish within them #results #efficenty
— Jeffrey Stoneberger (@Eatmecookme) August 30, 2013

Of course, the number of hours you put in do matter.  But at the end of the day, your efforts must serve their purpose and produce expected outcomes.

There are two American sayings that are apropos here:  Sometimes you have to take the bull by the horns, and you have to pull yourself up by the bootstraps.  It's taking control, doing the hard work, and making something happen.

Integrity comes from making the right promises and delivering right.

If you've embarked on something wholly unconventional or undreamed-of, then there may be so much effort put in and so many encounters with failure, that the correlation between success and effort may be zero.

They work long hours, but what about results? http://t.co/sTdKFQG2bT
— Scott Taylor (@scottalantaylor) August 31, 2013

A business like an automobile, has to be driven, in order to get results. - B. C. Forbes
— Jessika Church (@JessikaChurch) August 31, 2013

This is simply common sense, but it makes for a perfect metaphor.

The Simms kid should start for the Jets. This is a results based business and until others start showing results this kid should get the job
— BAH Sports (@bahsports) August 31, 2013

This refers to football, but we can safely generalize that all professional sports are a results-based business.

Don't get lazy, the quality of your words defines your results in business and in life. Speak well, succeed.
— (Prosper by Design) (@MelissaGalt) August 30, 2013

When words have the power to engage and inspire, as well as ridicule and demoralize, then definitely words matter.

Steve Jobs wasn't just a visionary and innovator, but also a taskmaster on detail, preparation and quality.

One of the most disturbing things in workplace today is when leaders confuse effort with actual results. @joshidevina http://t.co/KicUb6zIVf
— Jon Tveten (@OrganiSolutions) August 26, 2013

Neither leaders nor their staff ought never confuse effort and results.

Jim Collins emphasized that great leaders put people first, before results.  Results follow from great people.  I know it may be tacit, but let's put it on the table:  Before people, there must be great leaders.

Navigating the waters from Big Data and insight, to actionable plans and business results is much easier said than done.

The paradigm of the inveterate entrepreneur, Branson knows full-well what matters the most.

Poor management may have terrific people to rely on, but in the end it sows the seeds of its own undoing.

#Leaders taking time to work ON their business and not just IN their business. Activities are NOT results. pic.twitter.com/2QCa39pzu0
— Glenn Tobias (@GlennTobias) August 30, 2013

Socializing or networking is in the fabric of the human condition, and the focus may be the business and the leaders themselves.

@MattTweedHarris I'm afraid today's is a results business. If ur losing n playing like that then u get sacked
— Tommy Parkinson (@TommyParkinson1) August 30, 2013

Relationships is the Essence of Leadership


@LeadWithGiants A1. Hmm, I'd probably choose Jack Welch, because he found a way to sustain success over decades at GE. #LeadWithGiants
— RonVillejoConsulting (@RonVillejoPhD) August 26, 2013


@LeadWithGiants A3. The relationship becomes a personalized one and a learning experience.
— RonVillejoConsulting (@RonVillejoPhD) August 26, 2013


A3 opens doors of infinite possibilities to engage in #infectious connections where we contribute to transforming our lives #leadwithgiants
— MR.Renaissance (@GauthierJohann) August 26, 2013


@mark_wager Sun Tzu was masterful and calculating, and he had a pulse on human nature like no other. #LeadWithGiants
— RonVillejoConsulting (@RonVillejoPhD) August 26, 2013


@ideabloke I tend to agree with you, Randy. Friendships between leaders and followers may be fraught with risks, too. #LeadWithGiants
— RonVillejoConsulting (@RonVillejoPhD) August 26, 2013


@deirdre_od2012 Yes, a leader ought to be friendly, but be cautious about forming friendships with his or her followers. #LeadWithGiants
— RonVillejoConsulting (@RonVillejoPhD) August 26, 2013


A5 Seek to build relationships with Trust rather than Techniques. #LeadWithGiants
— Dan Forbes (@DanVForbes) August 26, 2013


@LeadWithGiants A7. Well, to me, they're the same. But some see networking as a business-card collection contest! #LeadWithGiants
— RonVillejoConsulting (@RonVillejoPhD) August 26, 2013


@changeguerilla I heard about a dog who got between a venomous snake and its owners, and died from the snake bite. #LeadWithGiants
— RonVillejoConsulting (@RonVillejoPhD) August 26, 2013


Thank you for reading, and let me know what you think!  Also, if you'd like a PDF of this article, please e-mail me at Ron.Villejo@ronvillejoconsulting.com. 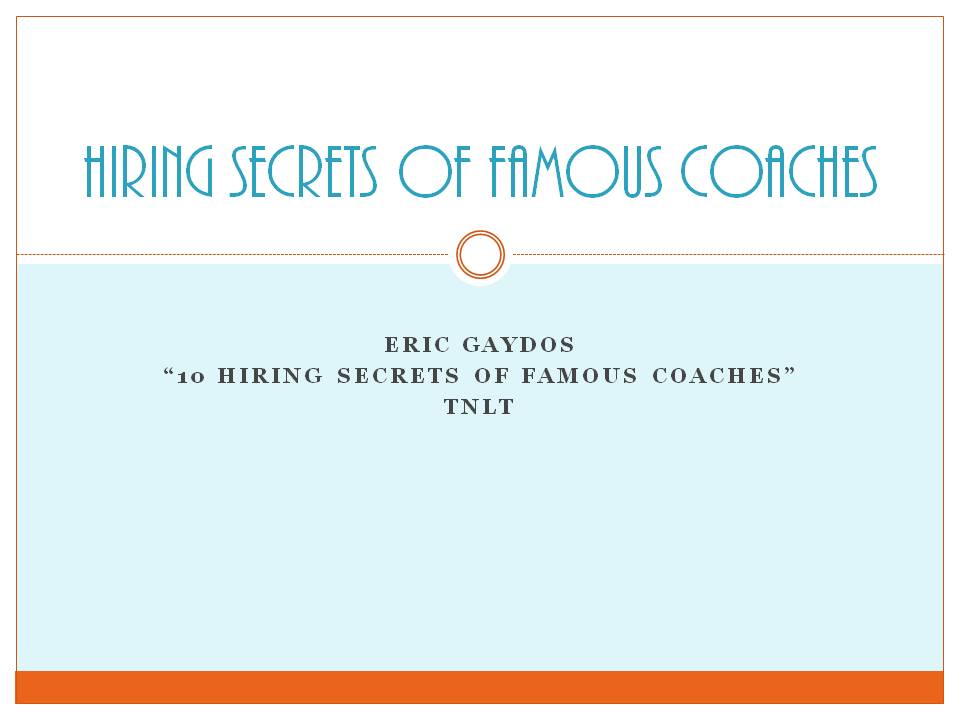 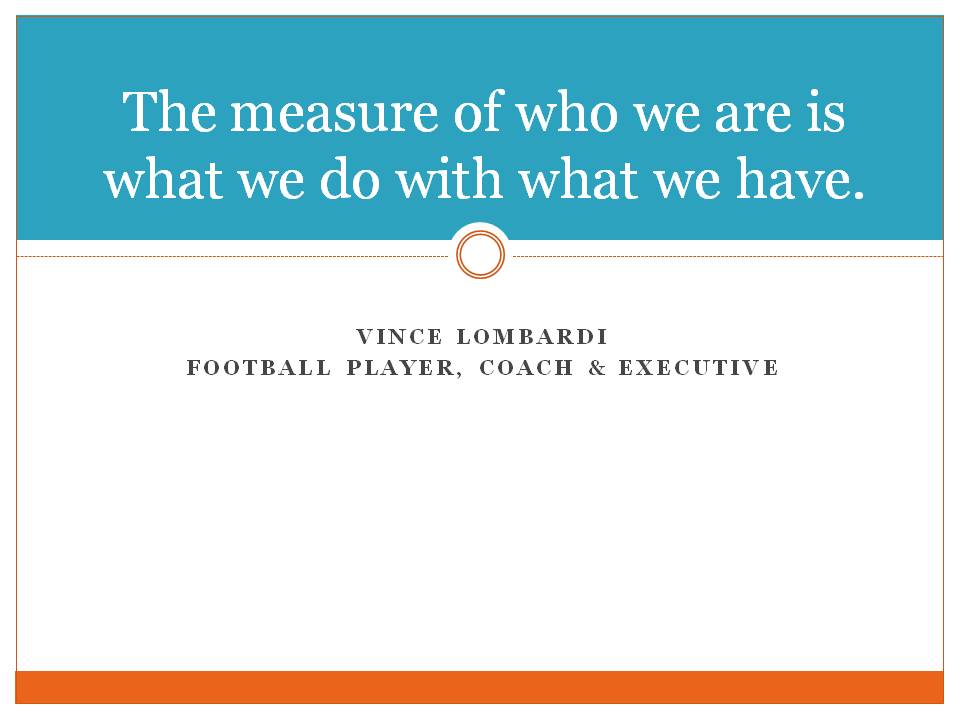 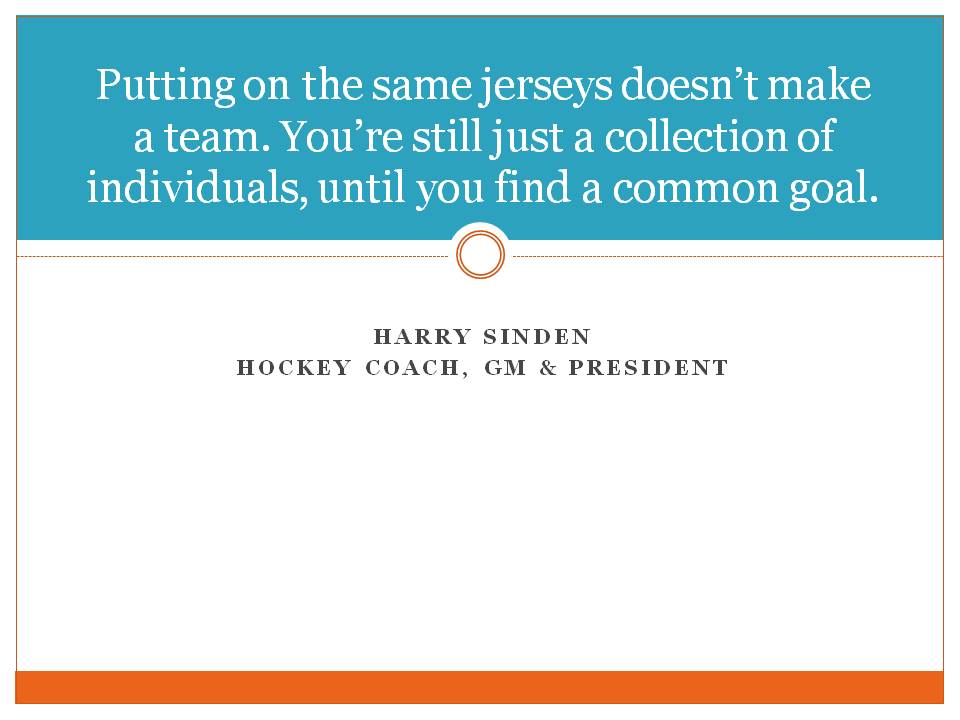 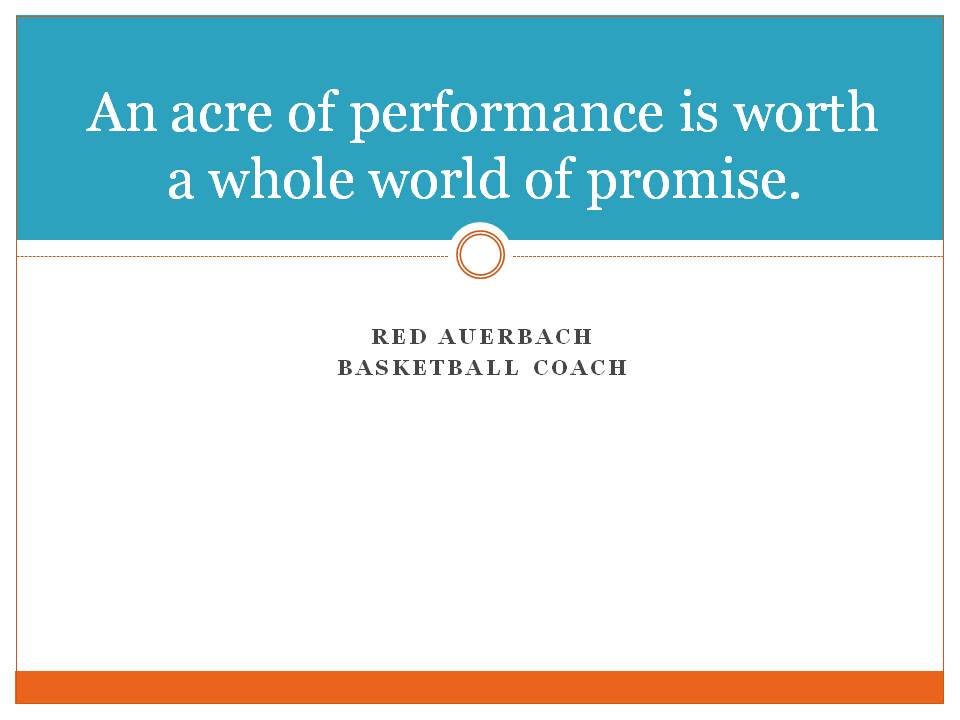 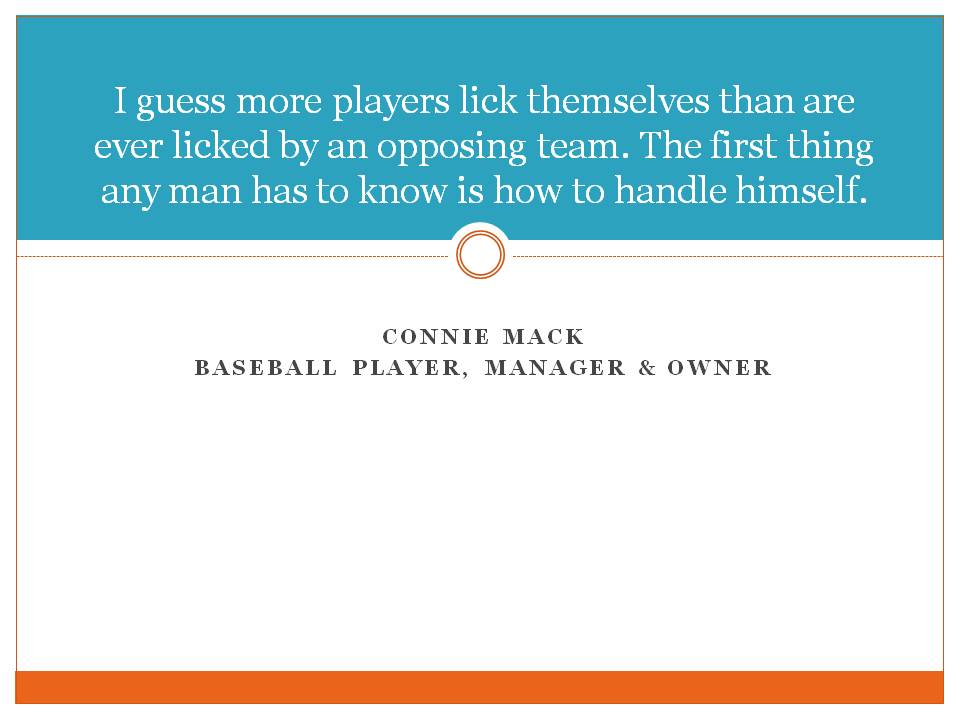 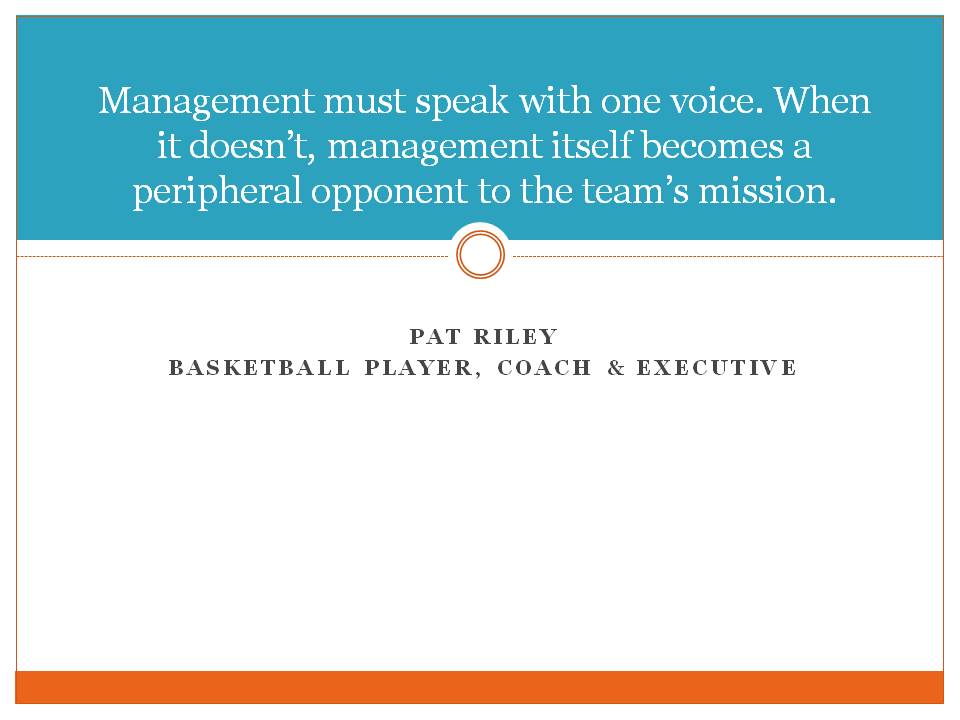 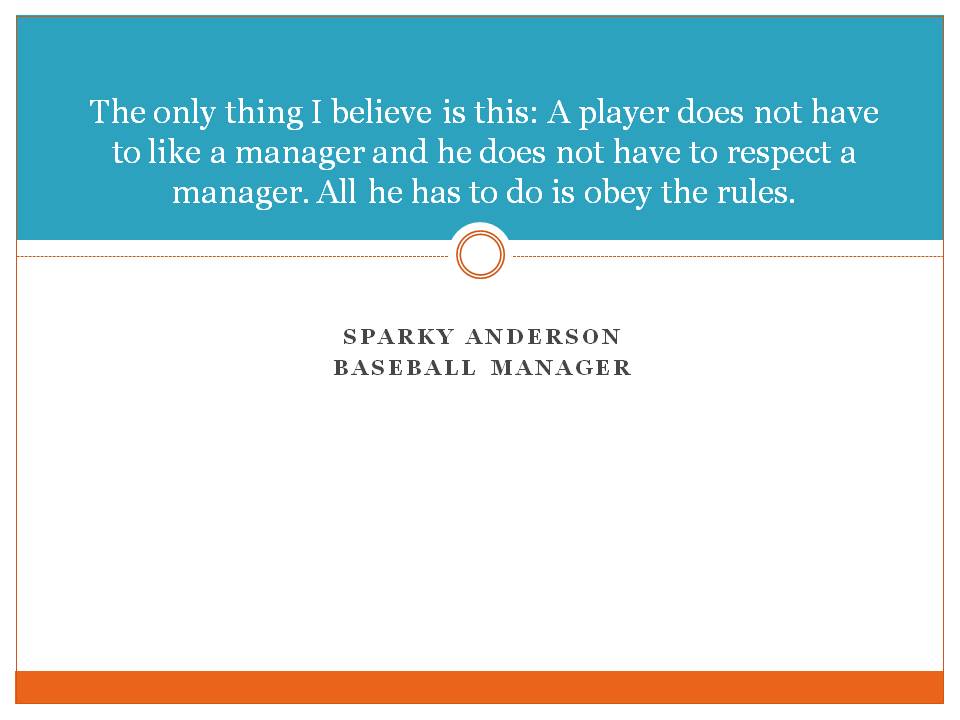 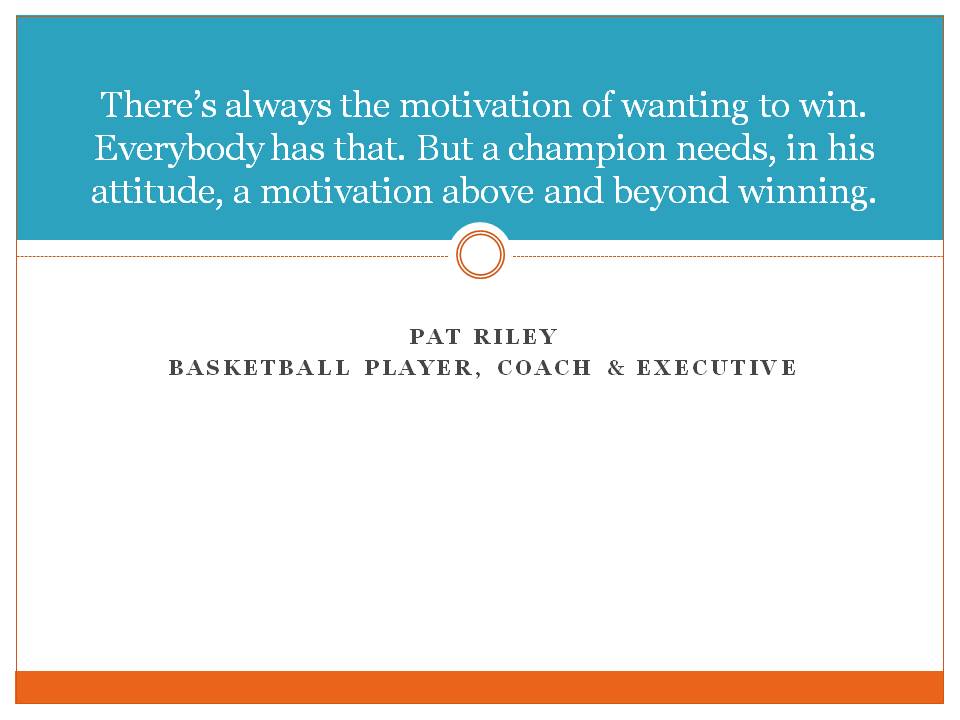 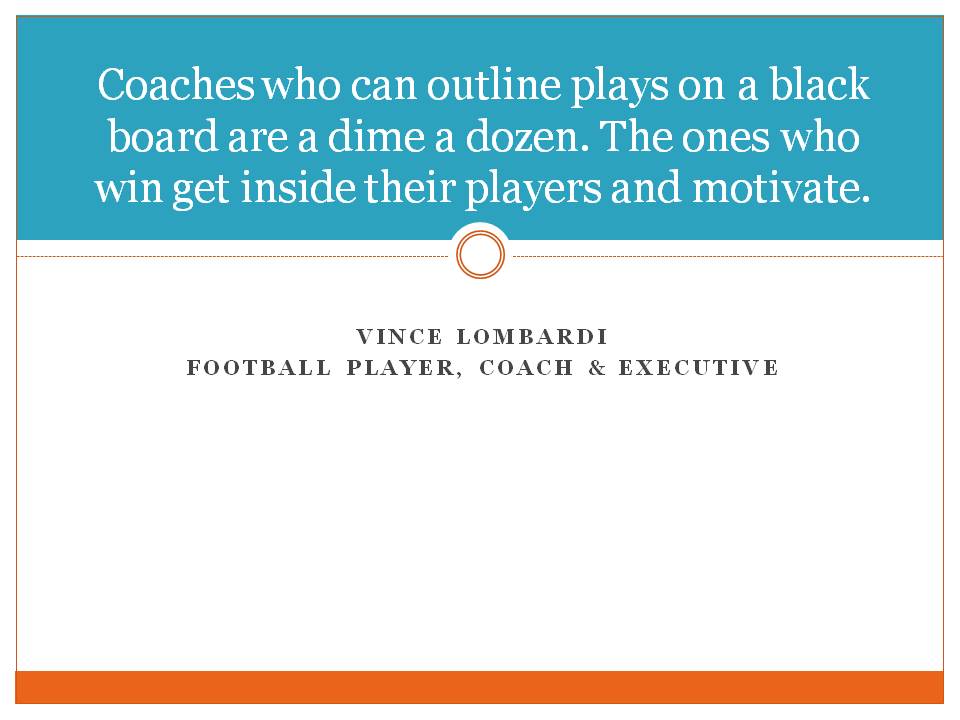 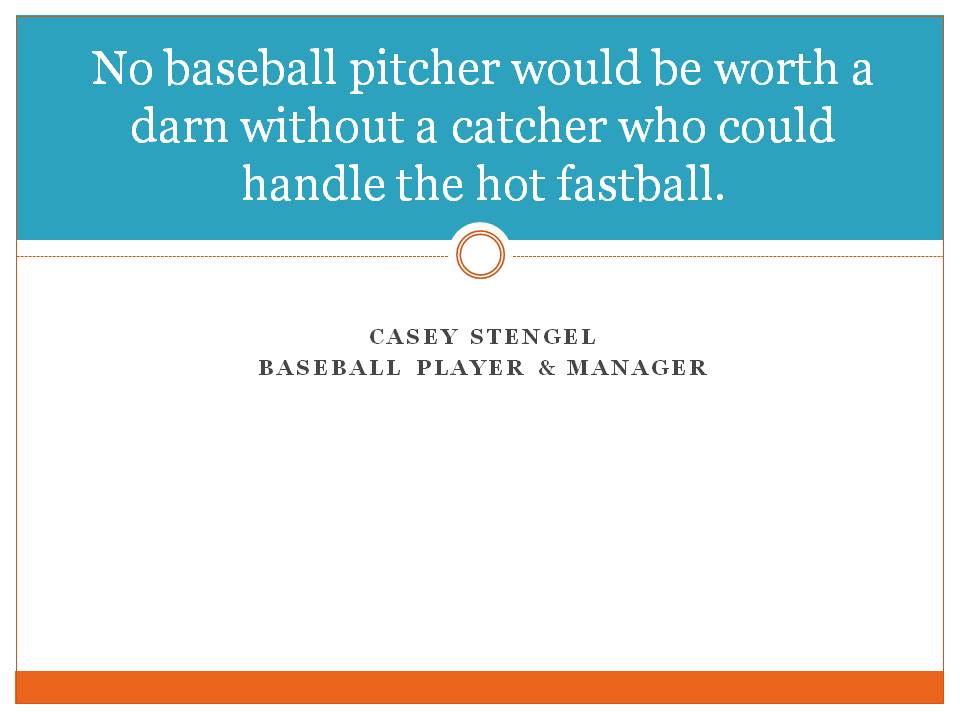 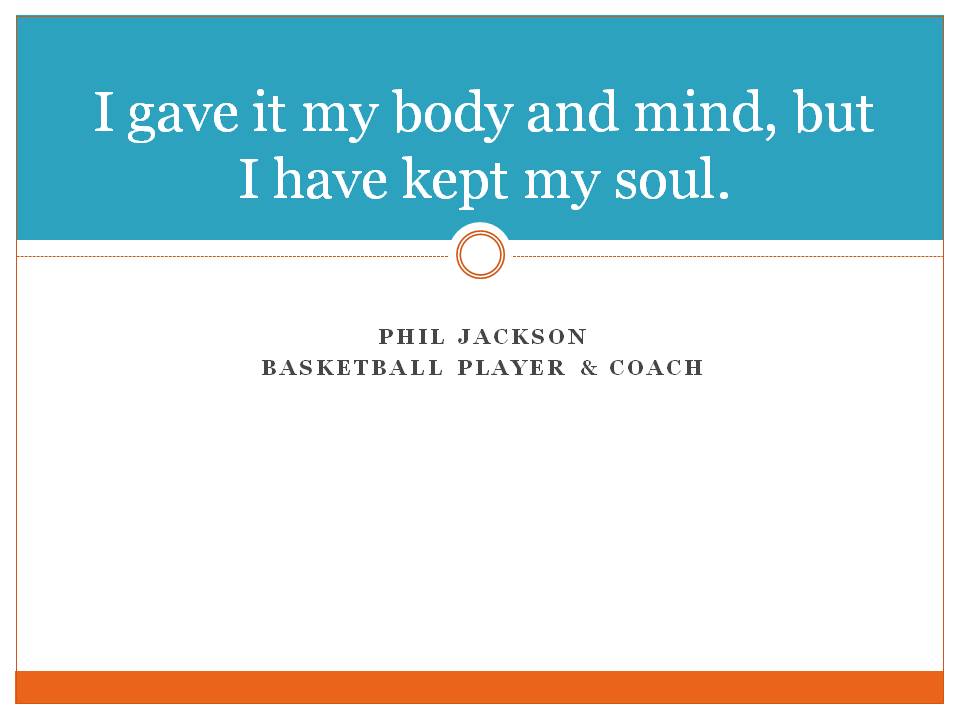 Posted by Unknown at 5:32 PM No comments: 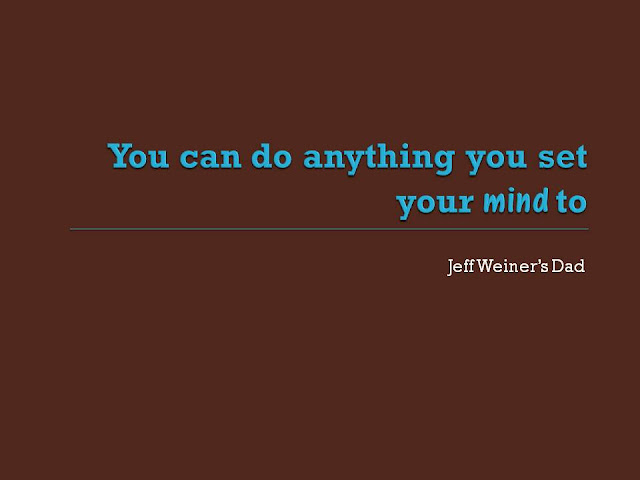 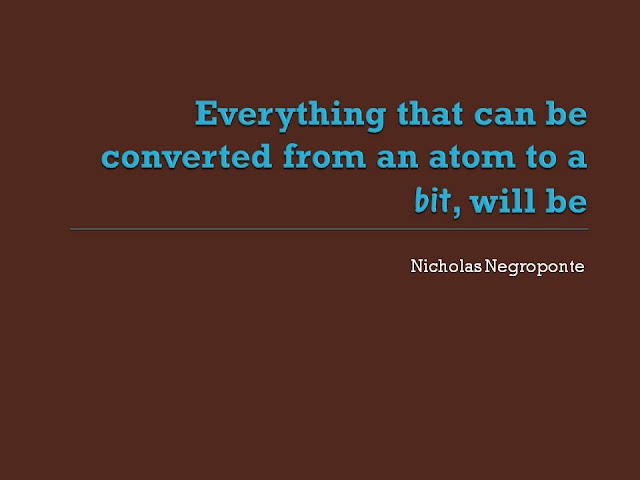 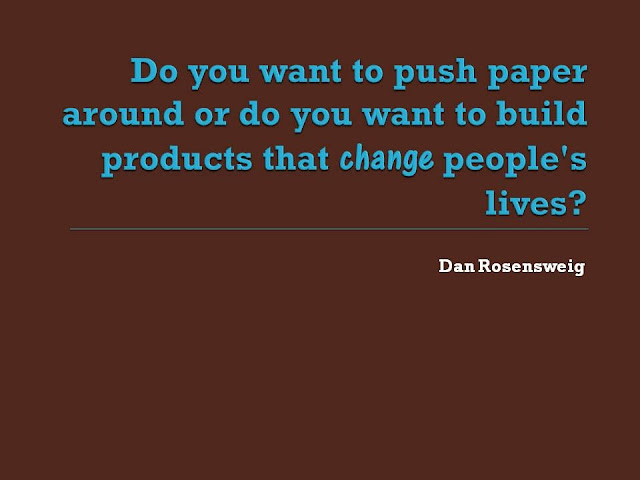 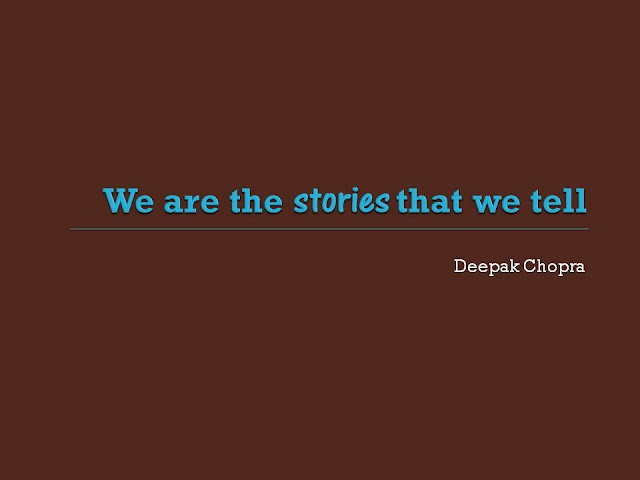 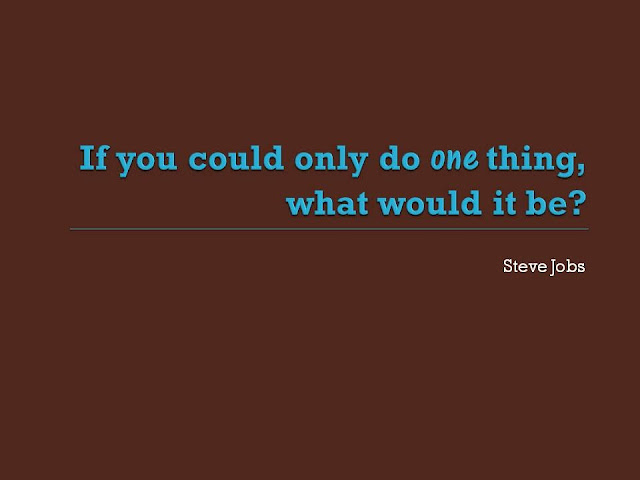 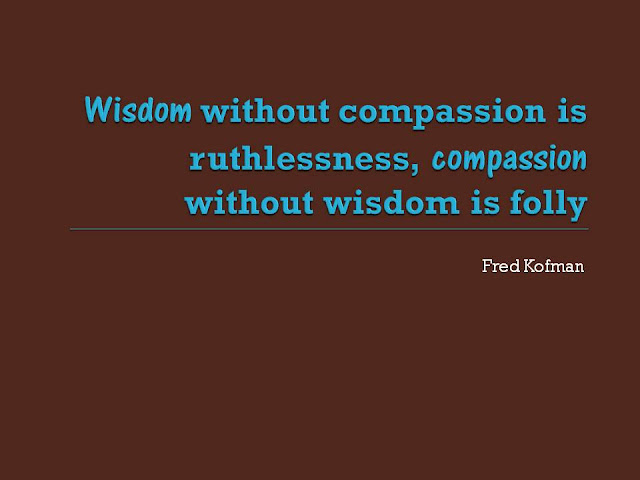 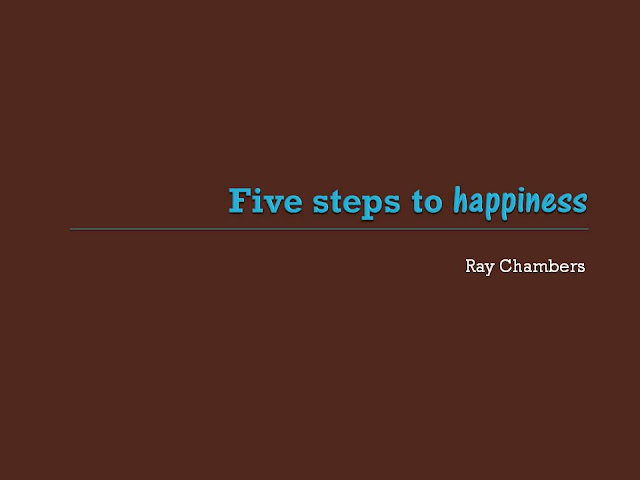 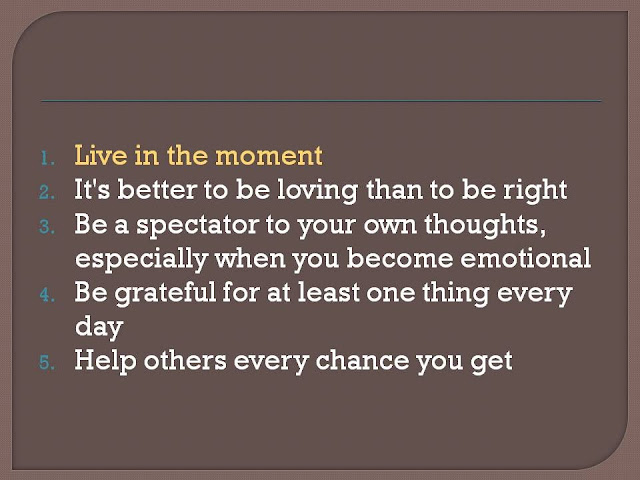 Reference:  Best Advice: Lessons From My Dad and Steve Jobs.

Executive Coaching Under the Spotlight

In certain respects, corporate leaders lag their counterparts in sports organizations.  The latter know full well that coaching is paramount to athletics.  Coaching is built into the very blueprint of the game, so there is no questioning it and there is no worrying about it.  While this is true of team sports, even athletes in individual sports like golf and tennis engage one or more coaches.

The good news is, these top leaders may be coming around to, and seeing the value of, executive coaching.


I am a management consultant, executive coach, and clinical psychologist as well.  So you may argue that my views on this matter are slanted in favor of the survey findings that Harvard Business Review and Forbes summarize:  Research:  What CEOs Really Want from Coaching and CEOs Just Want To Get Coached, respectively.

But let's look into these findings further, and dig for patterns that speak to CEOs and their Board vis-a-vis executive coaching.

Why is coaching important?


Blind spots are less obvious when things are going well. It is very easy for executives to become almost strictly inward looking, especially when they have been very successful. But these blind spots can become devastating when performance moves in the other direction. A good, neutral third party assessment is a clear reality check for executives.

Additionally, every single person inside the company has an agenda of some sort. This makes the coaching environment a rare and safe place to think through various topics against the framework of what is in the CEO's best interest. The coach is only concerned with the CEO's wild success as the leader of the company.

One basic lesson in driving school is to check the blind spot.  Besides checking the side view and rear view mirrors, drivers must turn their head to the right or to the left, before changing lanes.  More recent automobile technology has a specialized mirror, built into the side view mirror, which covers that blind spot.  So drivers don't have to turn their head.  In either case, they avoid one potential driving hazard with an easy enough procedure.

What this means is this:  CEOs who have an ability, willingness and commitment to check blind spots may do just fine on their own.  But if there is any reason to wonder about how able, willing or committed they are, then it makes sense to add mechanisms or procedures to cast light on these blind spots.

This is when technology can come into play, for example, something as simple as periodic text messages to the CEO:  "Think twice," "Think again," "Are you sure?" or "What does your COO think?"  This is also when people in the organization, such as the Board and the executive team, and-or people outside the organization, such as advisers, coaches and mentors, come into play.

A more complex, larger, globalized business may in fact have hordes of blind spots.  So it is an imperative for top leaders have what they need - within themselves and surrounding them - to run their business effectively.

What should coaching focus on?

It's clear from the following bar graph that the largest CEO segment views Conflict management as a development need and that, conversely, the smallest segment identifies Motivation as relatively strong.

I thought there were additional findings from this graph alone, so I re-sorted it to surface crucial patterns and presented it as rank order:


If I've understood the full survey report correctly - 2013 Executive Coaching Survey (PDF) - 67 out of 203 respondents were CEOs (33.2%), and 69 out of 203 respondents were Directors (Board) (34%).  These CEOs and Directors did not necessarily work for the same company.  Moreover, just 23 of the 67 CEOs (34.3%) were actually in coaching, who were thus in a position of saying what they were working on.  So we don't have specific findings on which areas only those CEOs in coaching thought they needed to develop.

With these statistical caveats in mind, let's dive into what these Excel tables may be revealing:
Again, the good news is that CEOs recognize that they have development needs and want to get coaching to work on these.  Also, the Board seem to be quite supportive of their CEOs developing themselves via coaching.

Apparently, however, CEOs and the Board need to better align what they think CEOs should in fact be working on.  At best, this may simply require better communication between them, so they can reconcile their apparent disagreement.  At worst, this may mean there are notable ruptures in their relationships, which is a more serious matter to address, before or along with coaching.

To wit, the Harvard Business Review summary inquires about this:


So there's tension between boards and executive teams when it comes to coaching. How does it manifest itself?

Again, when things are going well, there can be a tendency on the part of some CEOs to be less open to feedback and a corresponding "If it ain't broke..." attitude from the board. If things are going well, boards often feel as if they don't need to have this difficult conversation with the CEO. Both of these attitudes/approaches are a problem and certainly do happen.

Besides CEO and Board agreement, there also ought to be better alignment between what CEOs think they ought to work on and what they're actually working on.  With time, resources and investment often at a premium for top leaders, they and their Board can ill afford misalignments.  In other words, they mustn't work on anything, if it isn't a top priority.

What is the impact of coaching?

This survey did not really address the impact of coaching on leadership behavior or performance.  However, from the PDF report - 2013 Executive Coaching Survey - we can pinpoint to survey items that suggests impact:

On the whole, these are encouraging findings about CEOs, their desire for executive coaching, and the support they get from the Board.  There is still quite a lag, though, in the degree to which CEOs actually utilize coaching, relative to their sports counterparts.  But they seem to be coming around.  For those who are in coaching, we need information on how it's actually working out vis-a-vis whatever objectives the CEOs establish at the outset.